Not satisfied with 4 hours on the Scottish Island of Lunga photographing puffins, I also spent 3 nights on the magical, wild island of Skokholm off the coast of Pembrokeshire.

Skokholm is home to 90,000 breeding pairs of manx shearwaters, 2000 pairs of breeding storm petrels and 8000 puffin (amongst a whole host of other wildlife).   It’s a privilege to have the opportunity to be in such close quarters with these fantastic seabirds and learn from the researchers and volunteers who reside on the island for 9 months of the year!

I thought I’d had my fill of puffins after sifting through several hundred photos taken on Lunga. I mean, when you’ve seen 8000 puffin, what’s another 1000 here or there? But, sitting amongst them for hours on end, you start to notice their little personalities and behaviours.   They are full of character and spend a lot of time displaying, beak clacking and huddling in what looks like deep conversation.    It’s hard not to anthropomorphise.

And so, sifting through my Lunga and Skokholm photos, I thought I’d do something a bit different! 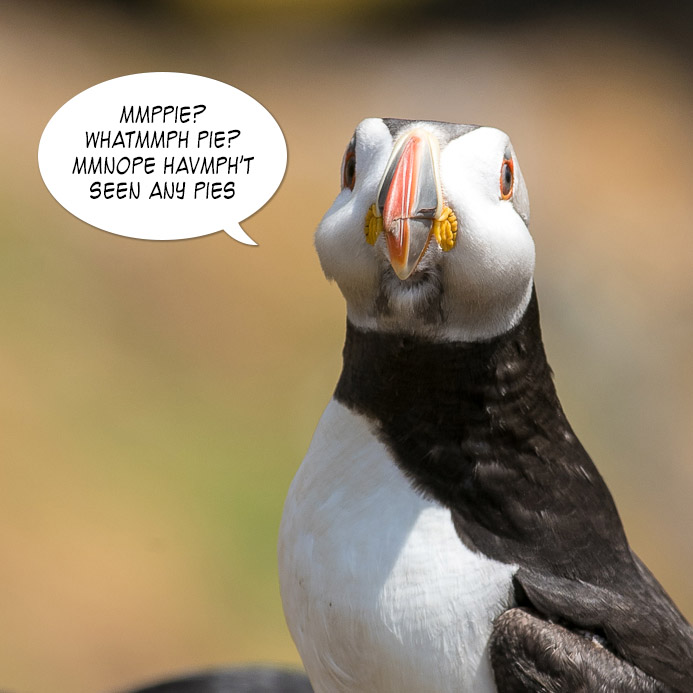 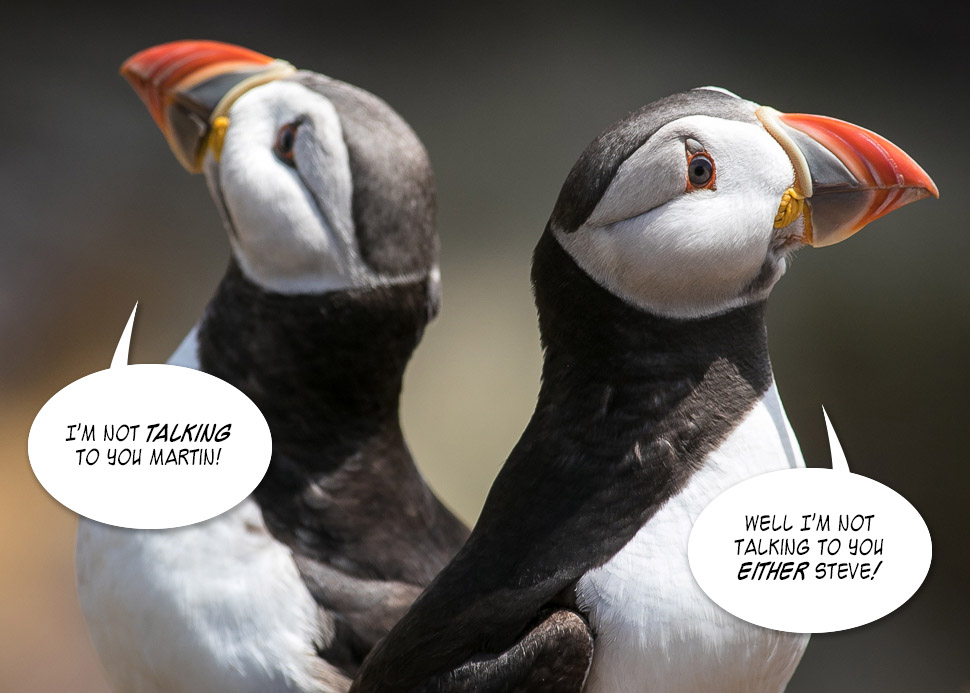 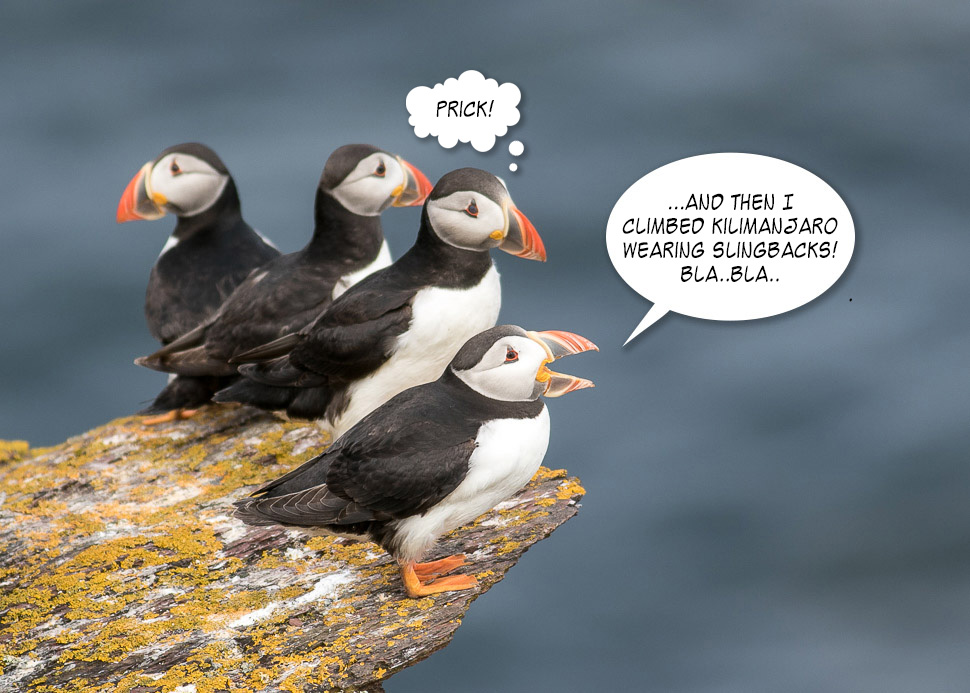 3 thoughts on “If puffins could talk”